Skip to content
Have you heard? We have a podcast! 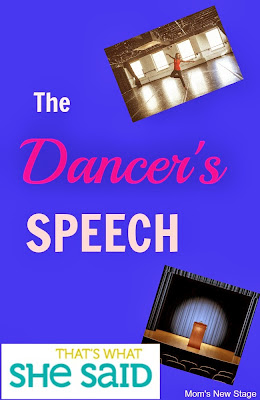 Keesha Beckford rocked the stage at TWSS 2013. Here is the backstory…

I had forgotten it.

It was third grade and I had a report to read to the entire class.  It was my turn to present in just a couple of minutes, and my report was nowhere to be found in my desk or book bag.

I dumped my stuff all over the floor, and still nothing.

I had only a few pictures of the subject of my report.  An animal, though which one — surprise, surprise — I forget.

What was I going to do?  Mama Freeze, as we had nicknamed Miss Mackool, our teacher of the Farrah Fawcett hair, green frosted eyeshadow and high-heeled Candie’s, would be really angry with me.

I thought about telling her what had happened, but what good would that do?  I didn’t know the word for it then, but I knew I was totally %$#@ed.

Mama Freeze called my name.  Shaking, I stood up in front of my entire class and gave it the best I could.  Writing my report over and over, in order to turn in a paper that wasn’t full of cross-outs and mistakes, must have enabled me to commit my work to memory.  I did the whole thing completely “off book.”

Not only did Miss Mackool not kill me; not only did she not care a rat’s ass about my missing document; but she thought I was the second coming for memorizing my report and presenting it so wonderfully!

She was in awe of me, and I was in awe that my mistake made me look like a superstar.

I had a few other rhetorical triumphs in grade school.

In fifth grade our class did a re-enactment of the Scopes “Monkey Trial.” I played Clarence Darrow, the lawyer who defended John Scopes, the teacher who dared teach evolution in a 1915 Tennessee high school.  I was once again declared the second coming. I was pegged for greatness.  Or at least a law career.

Maybe it was the teasing, bullying and bitches girls who ran away from me daily at recess. Maybe it was over-internalizing adolescent girl awkwardness, and seeing that as my true self.  Maybe it was identifying as a dancer, someone who used her body, and not words, to express herself.

Whatever it was, I lost my confidence in my speaking. I told myself that I couldn’t — that I just didn’t.  I told myself I was not a speaker.

And when you tell yourself things like that, it becomes the truth.

I had myself convinced that I couldn’t speak off the cuff.  That in arguments and intellectual conversations I would get flustered and over-emotional, only remembering the perfect, measured, pithy response hours later.

And so it went.  At parent-teacher conferences at New York City’s celebrated Spence School I was the teacher prattling on and on in front of the city’s glitterati. Defending my choreography at Q&As, I rambled and sputtered and made myself sound like someone who knew no more about her movement choices than a raccoon.

I avoided speaking at all costs.

Until I began to find my voice.  With words, not movement.  I became a writer.

And then somebody, the brilliant and amazing and courageous spirit that is Kerry over at HouseTalkN, asked me to speak. She and her buddies Jill Youse and Casey Wakefield were organizing a show called That’s What She Said: 7 Women Who Will Blow You Away, with a performance date of October 5, 2013.  And they wanted to include me.

Me? I asked, panicked and incredulous.

I accepted the invitation. This project had come together so serendipitously, that “no” and “what if” seemed completely wrong responses.

That’s What She Said would take place at The Krannert Center of the Performing Arts at the University of Illinois at Urbana-Champaign in front of an audience of approximately 700 people.

It sold out almost as soon as tickets went on sale.

Did I mention that this was NOT a reading — the producers wanted our pieces memorized?

I pictured myself forgetting my words and standing there totally mute for several minutes. I saw the audience pointing and laughing at me like in Carrie. I had visions of blanking out, throwing up, falling down and keeling over.

I was a dancer. This kind of performing was a complete unknown.

Dress rehearsal went well. I forgot a few lines, but was able to improvise my way through.

The actual show, however, could not have gone better. I felt calm, collected and natural. It was a joy to share the stage with the brilliant writers behind Moms Who Drink and Swear, NinjaMomBlog, House TalkN, AngelaShelton.com and I’m Gonna Kill Him, as well as Dr. Shawn Love, Jill, Casey, Vennie Ewing, Karyl Wackerlin and Peyton Stewart. Having the other presenters sitting behind me as I spoke was like having a force-field of support, energy and love behind me. I had to throw some movement in there! Photo: Darrell Hoemann

on topics from abuse to a parent’s death, from self-acceptance to sex after childbirth—were an emotional journey, bringing listeners to tears, shock, belly laughs, and “Yes, me too!” Every speaker owned the stage. I hadn’t felt that electricity in performance in so very long, and I forgot how much I missed it. Never again will I tell myself I don’t do public speaking. Like dancing, a speech is about muscle memory, and having discovered that, I can’t wait to do it again… That’s What She Said. For more photos of this blow-your-doors-off event, click here.

Introducing: The She Said Press

For ten years, That’s What She Said has been dedicated to illuminating and amplifying women’s stories in order to foster connection and inspiration. We started with our live story-sharing events

What’s the key to a strong stage presence? You may think that the best public speakers have some special, innate charisma – but that’s not entirely true. Your stage presence